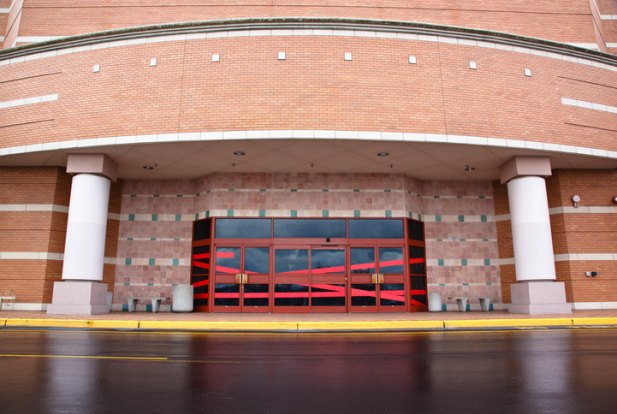 For commercial property developers, dark retail can be a source of frustration, blight and erosion of property value. And it can drive down sales for other tenants, when, for example, an anchor store calls it quits—which, as consumers embrace e-commerce, is becoming commonplace. If you’re facing this dilemma as a commercial property owner, take some comfort in knowing you are not alone. In fact, from big box retailers who’ve built new, rather than renovating, to malls with empty storefronts and anchor stores, commercial properties throughout the country are experiencing some vacancies. In fact, a recent report in the Chicago Tribune reported that nationwide, space filled by apparel stores fell around 3 percent last year while shopping center space was up .08 percent. The reasons for the slump are multi-faceted. Part of what is causing the problem is that big chain stores are building more space than consumers are willing to support. In addition, when a store goes dark in favor of their reinvented look at a new location, retailers sometimes continue paying rent on the property to prevent competitors from moving in. An economic downturn can lead to a rash of vacancies, as it has historically. Add to that the move toward e-commerce and away from bricks-and-mortar retail locations, and there’s a lot of dark retail out there.

Increasingly, bricks-and-mortar stores are moving into the e-space. But warehouse storage space and order fulfillment space are both necessary to meet customer needs. Depending on the size of the commercial property you have, this may be a viable option.

As consumers move from purchasing retail in the mall environment to the e-space, remaining retail outlets continue to depend on foot traffic to keep them viable. In fact, according to the Chicago Tribune article, over the past four years the total large shopping center space used by tenants in recreation businesses has increased 6 percent. Attracting customers to your property is key, and many commercial spaces are turning to an experiential model to keep customers coming back. Entertainment is a huge component of creating an experiential space. Consider:

Just because the property was once retail, doesn’t mean it can’t be reincarnated as something totally different. Developers have been extremely creative in repurposing these spaces, and it’s turning heads. Spaces, including large commercial spaces are being reinvented for the public good into:

Reinventing Your Commercial Property with a Design Build Team

The face of retail is changing, but that doesn’t mean storefronts that have gone dark have to be left to ruin. Savvy commercial developers are finding ways to give new purpose to previously used commercial construction. Maybe you have ideas of your own, or you’re interested in tapping the expertise of a firm that knows how to go about reinventing your property. A design build firm can match you with a talented team of architects and engineers who can execute on your vision to repurpose your dark retail, and give it new life.